Invited as a guest composer for the Music From Japan Festival 2021, I had a solo concert at Scandinavia House, New York on 6th of March 2021. Presented works are four in total, including two newly created works under the influence of Covid 19; Hover Over Man and Woman(2020), Distance (2021), touch (2020) and I am Listening to You(2018). Detailed Program note is below.
An introductory video by Fujisankei Communications International, Inc. is here.

The world’s first audio recording of a Japanese woman was made in Berlin in 1901. It was the voice of the former geisha and actress Kawakami Sadayakko, who travelled to Europe and the United States three times, starting in 1899, as a member of Theater Kawakami Otojiro. Sadayakko, who was abruptly placed in the role of actress at a time when women were prohibited from taking the stage in Japan, attracted a large member of spectators – including artists and composers such as Picasso, Rodin and Debussy – who were entranced with her beauty, and shaped the image of Japanese femininity in the West. While investigating at the Berlin Phonograms-Archive I discovered both the original voice of Sadayakko and two recordings of voices erroneously listed as those of men. Based on these materials, I sought to convey the contrast between the constant remarks made on her physical and visual beauty with her voice, which people recognized at the time as ‘merely a sound’, and silence.

Measure a distance through listening and playing. Each performer stands at each corner of a space. Close eyes and play long-tone with an A pitch at the loudest volume possible. Slowly move around the space and try to make a perfect square with a distance of each performer’s both sides are 6ft away.

The work touch is based on the theme of physical contact during the pandemic. How can we counter the current situation in which physical contact is restricted, both between people and between people and objects, and the sensations of touch and smell are being substituted by visual information? Thinking of new ways to “touch” without direct contact might allow for interaction with objects that are not only separated geographically and physically, but also separated in time. In the archives of the New York Public Library, Yoko Ono’s ephemera were not allowed to be seen or touched due to the restrictions of covid-19. By video-recording the physical interventions with the photocopies provided as the substitute for the ephemera, and using these recordings as a video score for further physical and acoustic interventions, this work attempts to twist the distance that cannot be crossed (closed) between us and the object.

This work departs from on an oral history interview with John Lennon and Yoko Ono made on 6 December 1980, two days before Lennon’s death. Whereas John had been without interruption, Yoko was often muted and mostly accompanied his speech by laughing with high soft small voice. In Japanese society, people insert ‘aizuchi’ – a sort of backchannel such as ’huh’ or ‘yeah’ – quite often during the conversation, to let the other speaker know that they are actively listening. Although Yoko seems to inhabit this specific behavior, there is equally an absence, a meandering in a different time and place. Listening becomes the act of imagining unspoken words, and gradually shifts into a fluidity between listening and speaking. 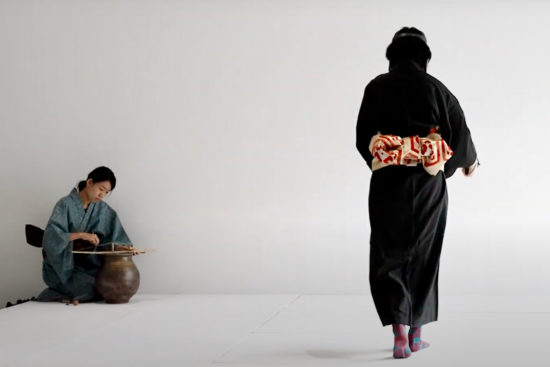 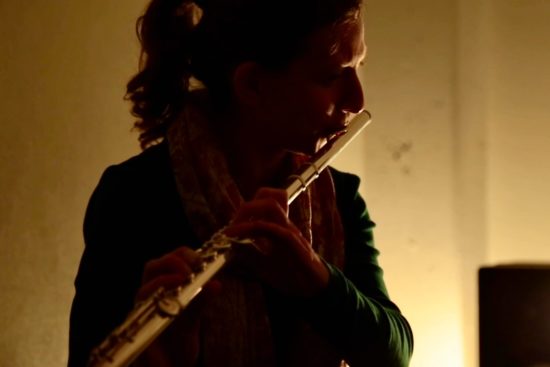 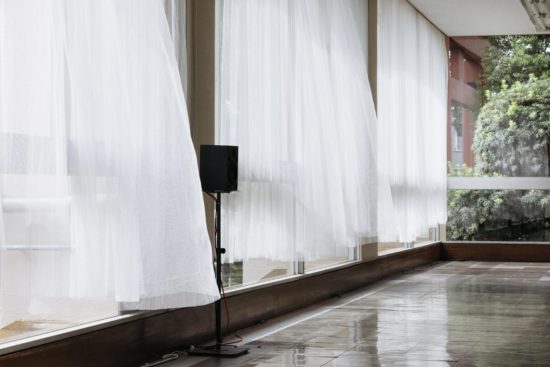